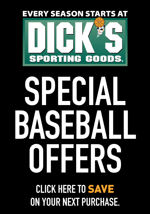 Indiana Nitro alums Niko Kavadas and Jared Poland have been named to the 2nd Team of the Perfect Game / Rawlings Pre-Season All-American Teams.

Kavadas, a senior 1B at Notre Dame is from Granger, IN and a 2017 Penn High School graduate.  Kavadas led Notre Dame last season with 7 HR’s and 17 RBI’s.

Poland, a junior RHP / INF at Louisville is from Fishers, IN and a 2018 Cathedral High School graduate.  He was drafted by the Boston Red Sox out of HS in 2018, and is a two way player at Louisville.

Poland appeared in 13 games for Louisville last season, prior to the season being halted due to COVID-19; starting nine at 2B.  He hit .281 with 4 doubles, a HR and 7 RBI’s.  He also made five appearances on the mound.